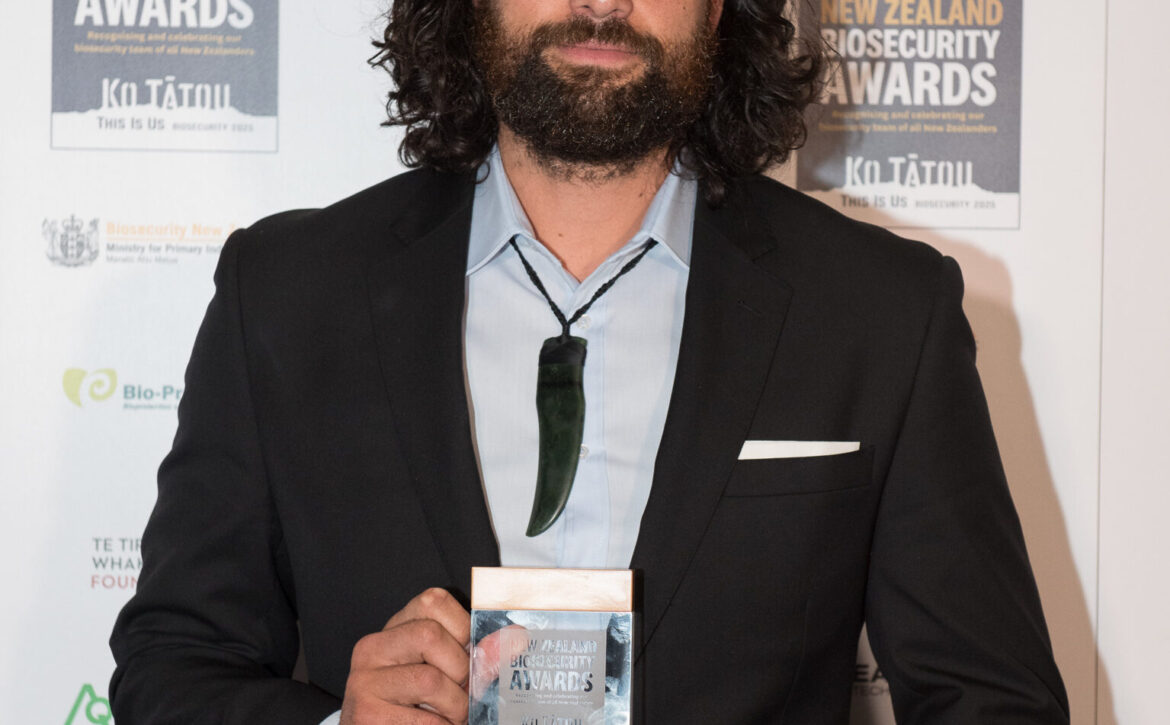 Embarking on a PhD this year, Malcolm plans to research anecdotal knowledge, gathered by word of mouth to help tackle some of New Zealand’s most pressing pest problems.

For example, when different plants are flowering in the bush, Māori will use different lures for trapping pests, he said.

Last year Malcolm won the emerging leader category at the New Zealand Biosecurity Awards, in recognition of his work helping Māori entities protect their environment and ensuring Māori have a say in how other agencies protect the environment.

“I was fortunate to be raised in te ao Māori, so when I hear others talk about ‘science’ and ‘mātauranga’ as two trains of thought, I am always of the opinion that they are one and the same. Our cultural and social values underpin our economy and I want to help others appreciate that.”

Hailing from Rotorua, Malcolm, of Te Arawa, has more than a decade’s experience in environmental management, spanning Bay of Plenty, Waikato, Canterbury and Marlborough.

Malcolm spent his childhood trapping and hunting with his father and developed a deep fascination with the bush, soaking up the names of plants and other knowledge passed down to him.

After studying for a degree in science at Waikato University, he went on to do work for the Department of Conservation culling goats and wallabies and increasing awareness of the invasive river weed didymo.

In 2010, he was helicoptered to far-flung areas of the North Island for 10 days at a time to reduce goat numbers.

“They are now eating so much of the forest that it’s dying back. Our control efforts were targeted at areas where their browsing threatens rare native plants or damages the forest understorey (the layer of vegetation beneath the main canopy),” he said.

Malcolm has worked with the Animal Health Board, focused on eradicating bovine tuberculosis in possum populations in North Canterbury and Marlborough, and has assisted Waikato Regional Council on marine biosecurity.

Now, he is combining his knowledge and love for the environment, science and biosecurity with te ao Māori.

Based at Tira Whakamātaki, a national charitable foundation, he supports Māori communities to protect their environment, advises Government agencies on biosecurity matters, and undertakes biosecurity research.

”We do work with government agencies, councils, the Animal Health Board and the Biological Heritage national science challenge, which involves investigating mātauranga – solutions for environmental issues using traditional knowledge,” he said.

Western science and traditional knowledge both sought to find answers to the same problems, but how they arrived at the answer could be different, he said.

”Sometimes the solutions sit in a sweet spot between the two. Sometimes te ao Māori had the solution but Western science has proven it. There are plenty of examples where the oral tradition might seem far-fetched but it’s got origins in truth.”

The bottom line for Malcolm was protecting the environment from the impact of pests, the most destructive of which were rats, closely followed by wallabies. However, there were only a handful of experts working on wallabies, he said.

In New Zealand there were two species of wallabies, one found in the Bay of Plenty area, and another in Canterbury and Otago.

Wallabies ate plants knee-high and below, and were a threat to new forest growth, he said.

“So it’s like a lawnmower has gone through. If you went to the bush where my iwi are from you’d be hard-pressed to find karamu, kawariki, and māhoe.”

In his PhD, Malcolm also wants to explore the use of controversial interventions such as 1080.

“A lot of people say 1080 and gene editing are against our tikanga. Poisons and automatic killings as well. But I want to know where and how that applies. There is a gap in our knowledge around that space. My PhD will explore te ao Māori views and values around pest control. ” 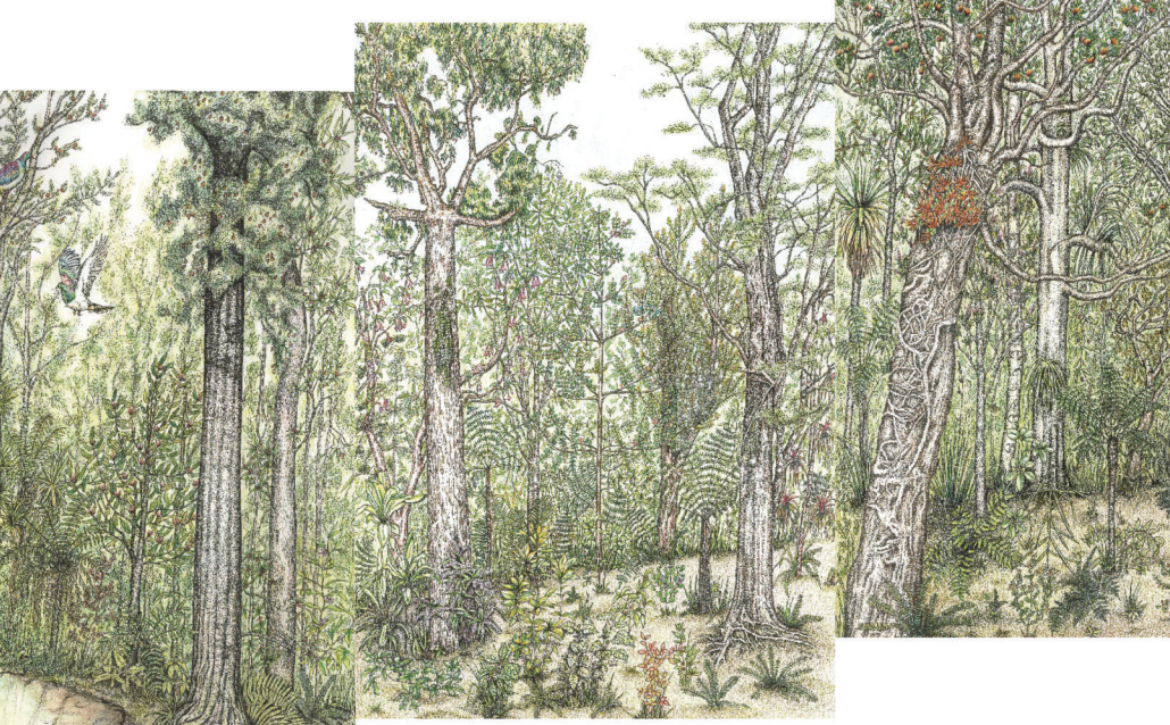 ABSTRACT:  Aotearoa’s (New Zealand’s) biological heritage is in decline due to threats such as climate change and habitat destruction. Aotearoa’s biological heritage and the wider environment are critical to the Māori world view and culture and Māori have long advocated for greater engagement in efforts to reverse this decline. One negative outcome of localised declines in biological heritage is a concomitant loss of local Māori language (dialectical) terms. Compounding this is the growing use of standardised Māori terms that can displace local dialectical terms. This also runs the risk of losing the associated mātauranga (knowledge) that is inherent in the meaning of these local terms for their unique flora and fauna. Retaining this biocultural knowledge is considered important and could play a role in conservation efforts. This collaborative research addressed the concerns articulated by a Māori biological heritage expert about the loss of their own unique local Māori terms for flora and fauna.

The research explored ways to retain and empower local indigenous biocultural terms via the creation of a static visual educational resource for Tūhoe–Tuawhenua youth displaying the forest vegetation of their rohe (area that defines a tribe’s traditional mandate or authority). The plants in the final resource are identified by their local Māori term and their corresponding scientific name. Depicting ecological accuracy in the artwork was a specific requirement of the kaumātua and created some unique outcomes in how the artwork formed. The approaches employed in the paper and an analysis of the results and wider implementation are discussed.

The full paper can be accessed here.
Photo: The complete panels without text produced by the artist, Ilze Pretorius, showing the lowest level of the Tuhoe–Tuawhenua forest.